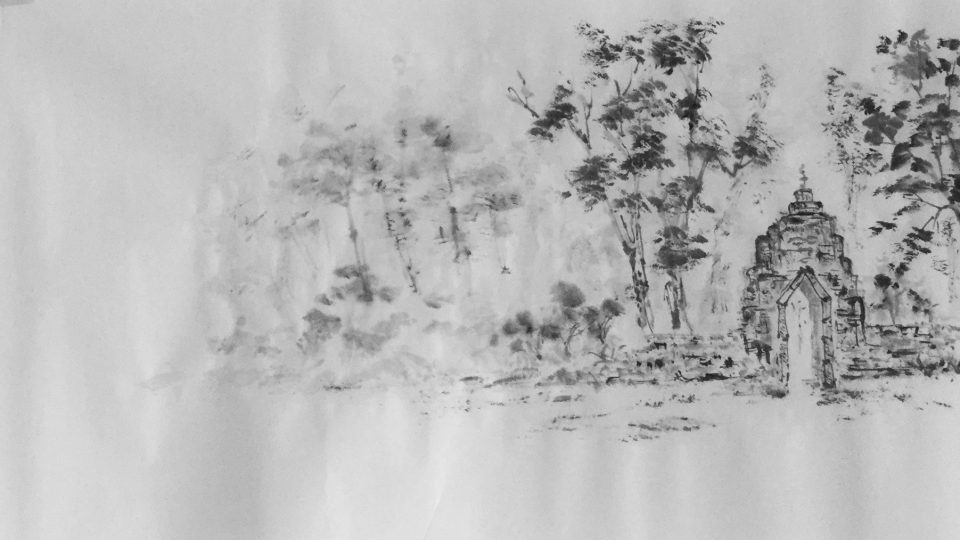 What is Chan painting... 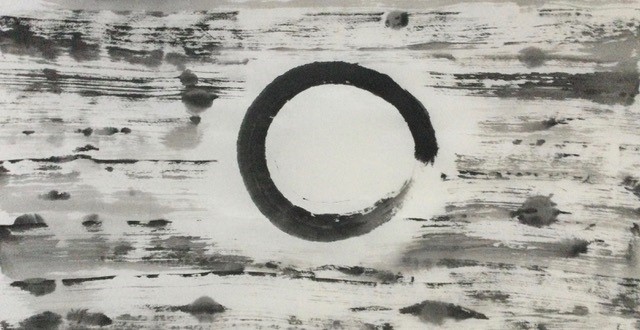 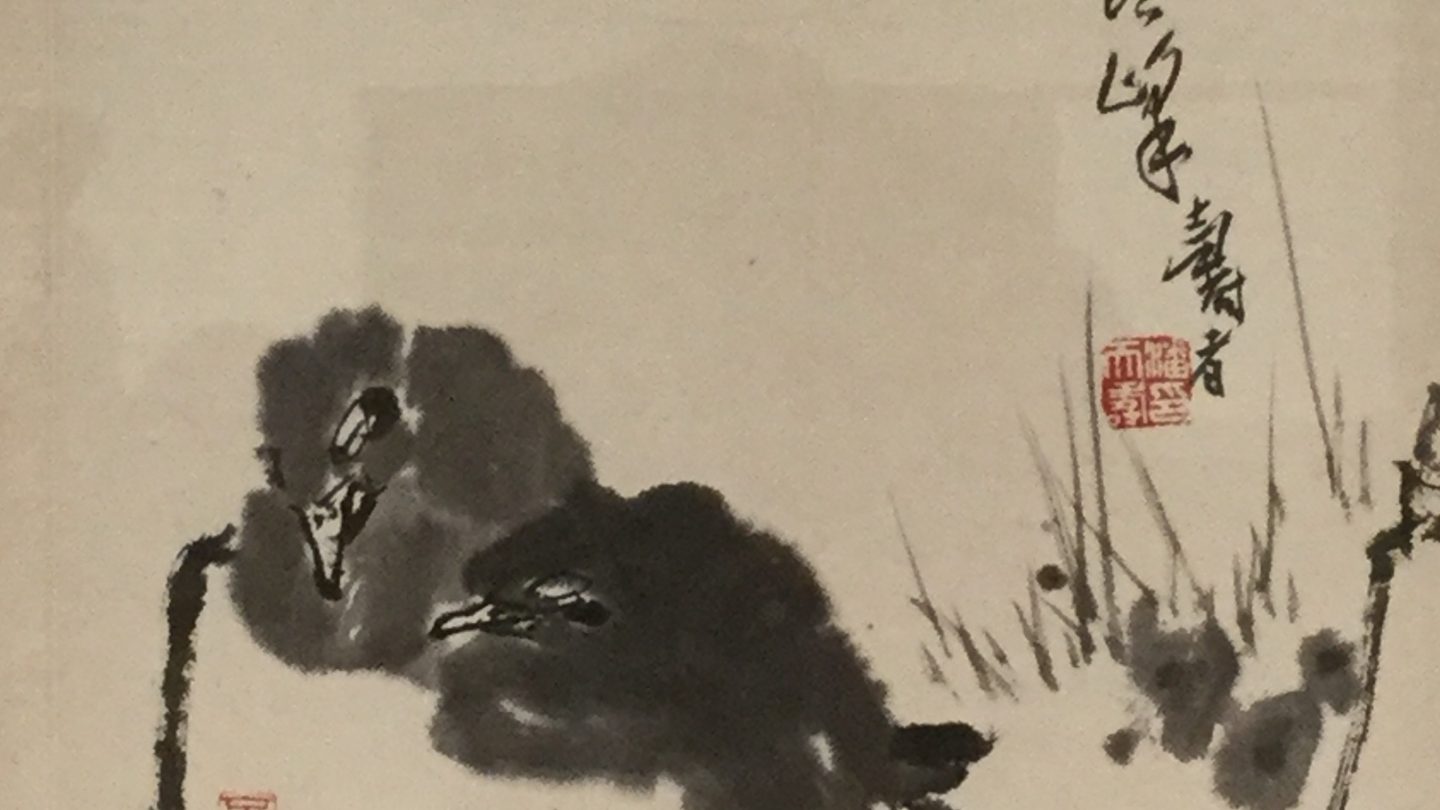 Among the two main styles of Chinese painting – Gongbi, meticulous and Xieyi, literally: ‘to transcribe the idea’ -, Chan painting follow the later one. If Xie means plainly to write or to transcribe in Chinese, the ideogram Yi can be rendered by idea, intention, desire, pulsion, acting consciousness. It concerns the artist’s mental disposition at the time of creation and evokes ‘’the sounds of the heart’’. Therefore xieyi style transcribes or writes – and does not describe – the spirit of things and not their appearances. It express directly the spirit of things as perceived intuitively by the artist, with his heart. Xieyi painting requires a long learning process close to calligraphy and a perfect mastery of ink and brush to reach a spontaneous execution, without any pentimento (repentance). And once achieved the painting is not a locked-in universe, closed on itself but it must remain unfinished which introduces the becoming in the piece, i.e. spirit, life, and to insert time in a spacial art.

This xieyi style, more spontaneous than the meticulous Gongbi, enables the painter to express foremost the ‘’invisible’’, i.e. more than the actual subject in his context: the atmosphere of a place, of a season, the vital energy of a plant, the perfume of a flower, the majestic grandeur of a mountain but also a bird song, the muttering of a river or the murmuring of the wind in the trees…
The great master Qi Baishi (1864-1957) once gave the following comment about one of his paintings: ‘’We can ear frogs kilometres away in a mountain stream’’ 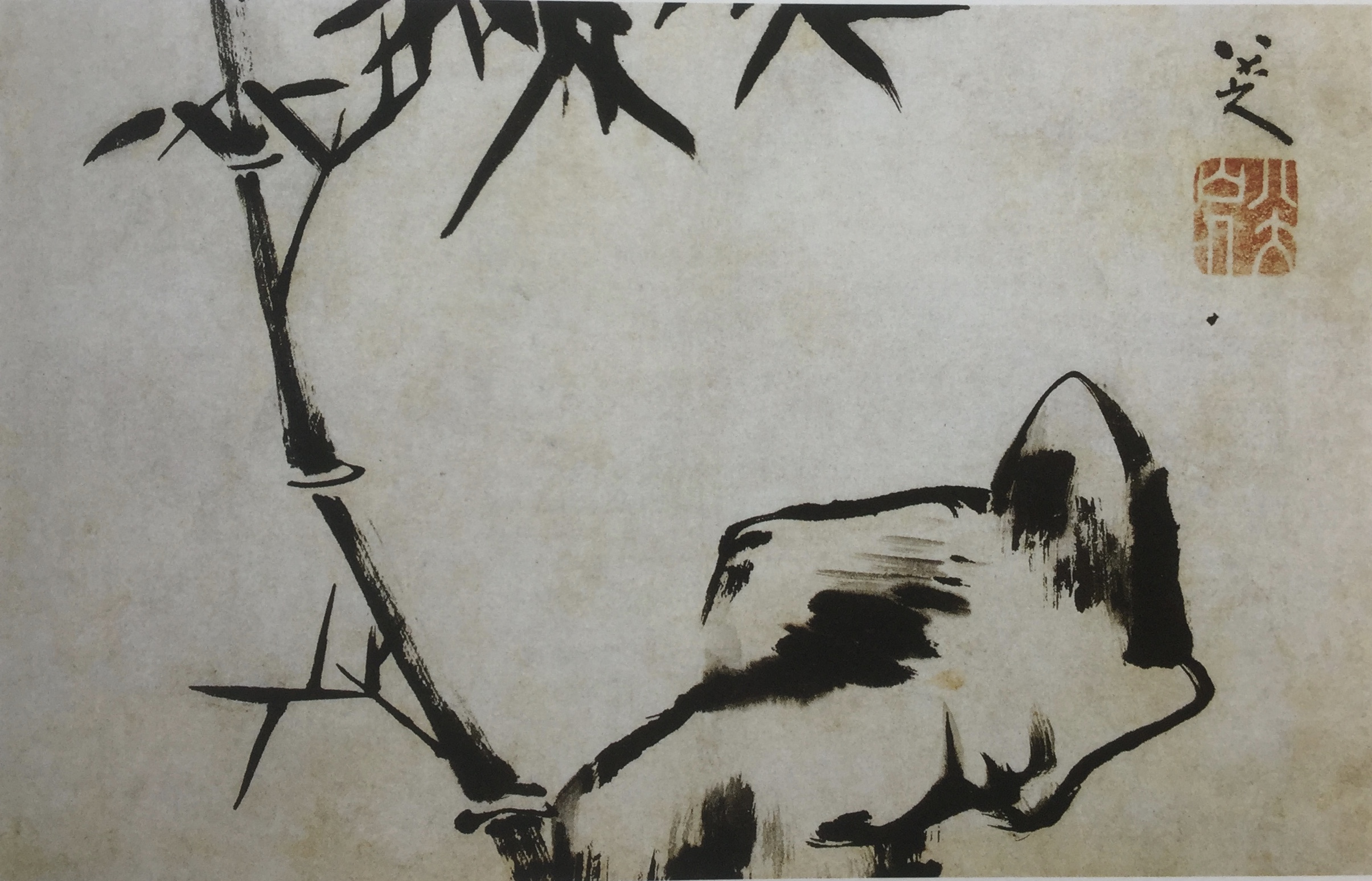 A xeiyi style painting reflects the feelings of the painter in harmony with the suggested subject and the key word is poetry: as put by the famous painter-poet Shitao : ”Painting is the very essence of poetry; and isn’t poetry the Chan of painting ?”
Xeiyi painting give the key role to the void, the unfinished, offering spectators free space to their own imagination

This painting style, more recent than the gongbi, has become under the Song dynasty (960-1279) the prerogative of the litterati, the scholar-painters who use to paint for their own pleasure. This new style stood quickly against the more professional academism.

In the middle of the XVII° century, the so called ”Individualists” were painters who initiated the revolt against the Ming academism and through a xieyi style and a Chan spirit, gave a totally new direction to Chinese painting. Among them the outstanding Zhu Da and Shitao.

Zhu Da (1625-1705), the ”brushstroke genius” as F. Cheng calls him, is famous for his strong brushstrokes, his elliptic and fully emotional lines and for his religious nickname, Badashanren, ‘’The hermit of the eight Orients’’ i.e. Immortal. From Imperial ascendance, he became a monk but quickly disrobed and according to the legend wrote ”dumb” on his door and never ever spoke again ! His painting identifiable at a glance, is probably the best incarnation of  xeiyi style and of a spiritual Chan painting inherited from the old Sung Chan buddhist masters.

An other important figure of the revolutionary Individualists is Shitao (1630-1714), whose name means ”stone waves”.  He is famous for his lavishly simple landscapes illustrated by poetical calligraphies about his love for life and beauty despite trials and tribulations endured since he was the only survivor to the massacre of his Imperial family when the Qing took over power. Though a buddhist monk he also took inspiration in metaphysical Taoism as in his famous maxim: ”The method which consists in not following any method is the perfect method” and his painting is the perfect exemplification of the ”transcription of the idea” (xieyi) – as to oppose to representation – of life and nature. 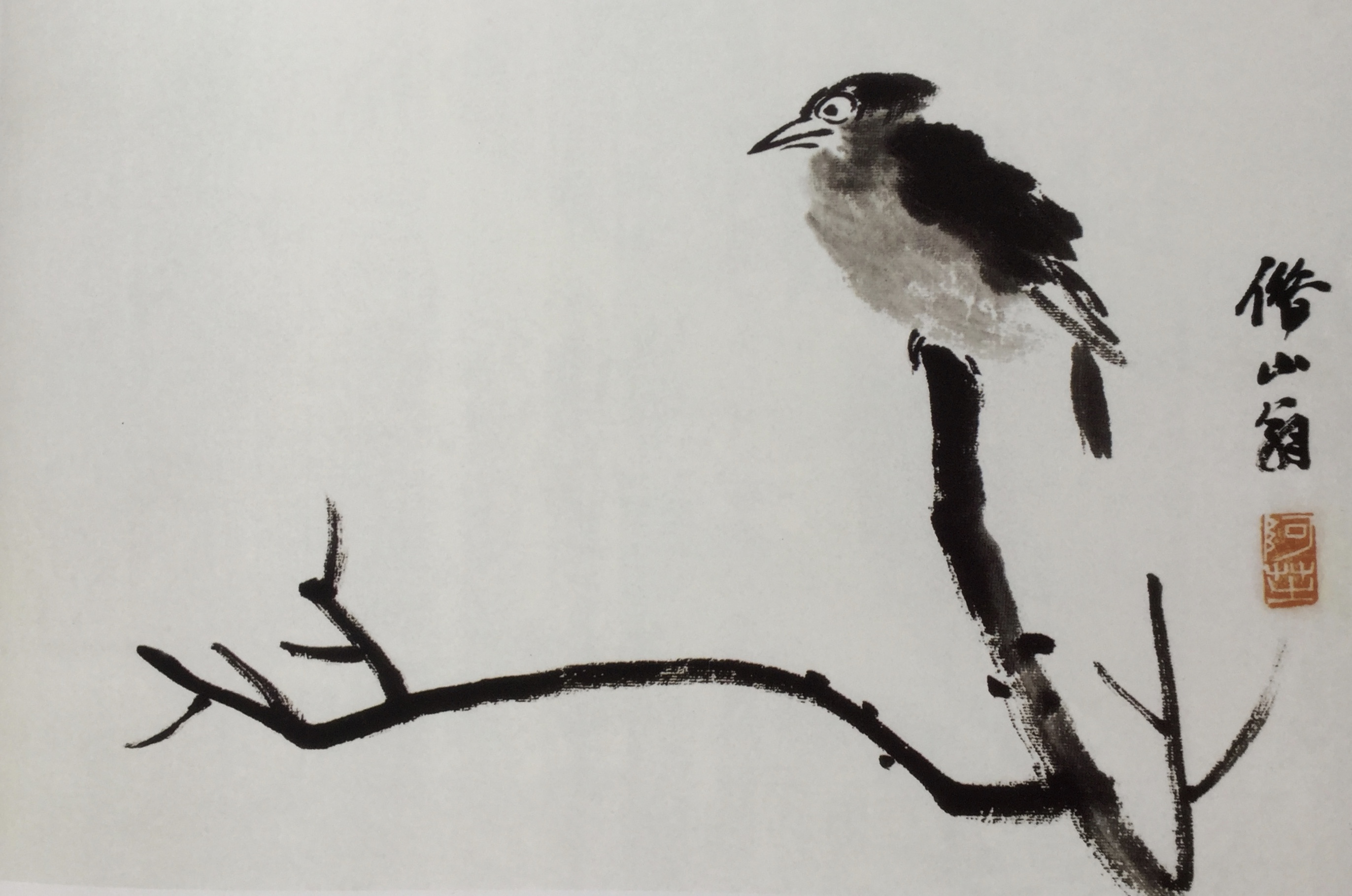 In modern times, new generations of painters have been inspired by these XVII°century masters but their personalities and genius brought to this ancestral pictorial art a touch of modernity à la Picasso. Qi Baishi (1864-1957) renew with popular art by elevating humbles and familiar creatures like flowers, insects, fishes and shellfishes with simple and suggestive brushstrokes

Zhang Daqian (1899-1983), born in Sichuan was a fully accomplished modern painter-scholar (litterati) well versed in painting and calligraphy, in the art of seals as well as in poetry. He is celebrated for both his genius counterfeits (!) as well as for his free style using the old splashed ink technique to give birth to original masterpieces close to abstraction. In 1956 he met Picasso becoming an instant reference for his colleagues. Today his paintings have taken a huge leap forward on the world art market and the Taipeï Gugong Museum has given in 2019 a full retrospective of his work. 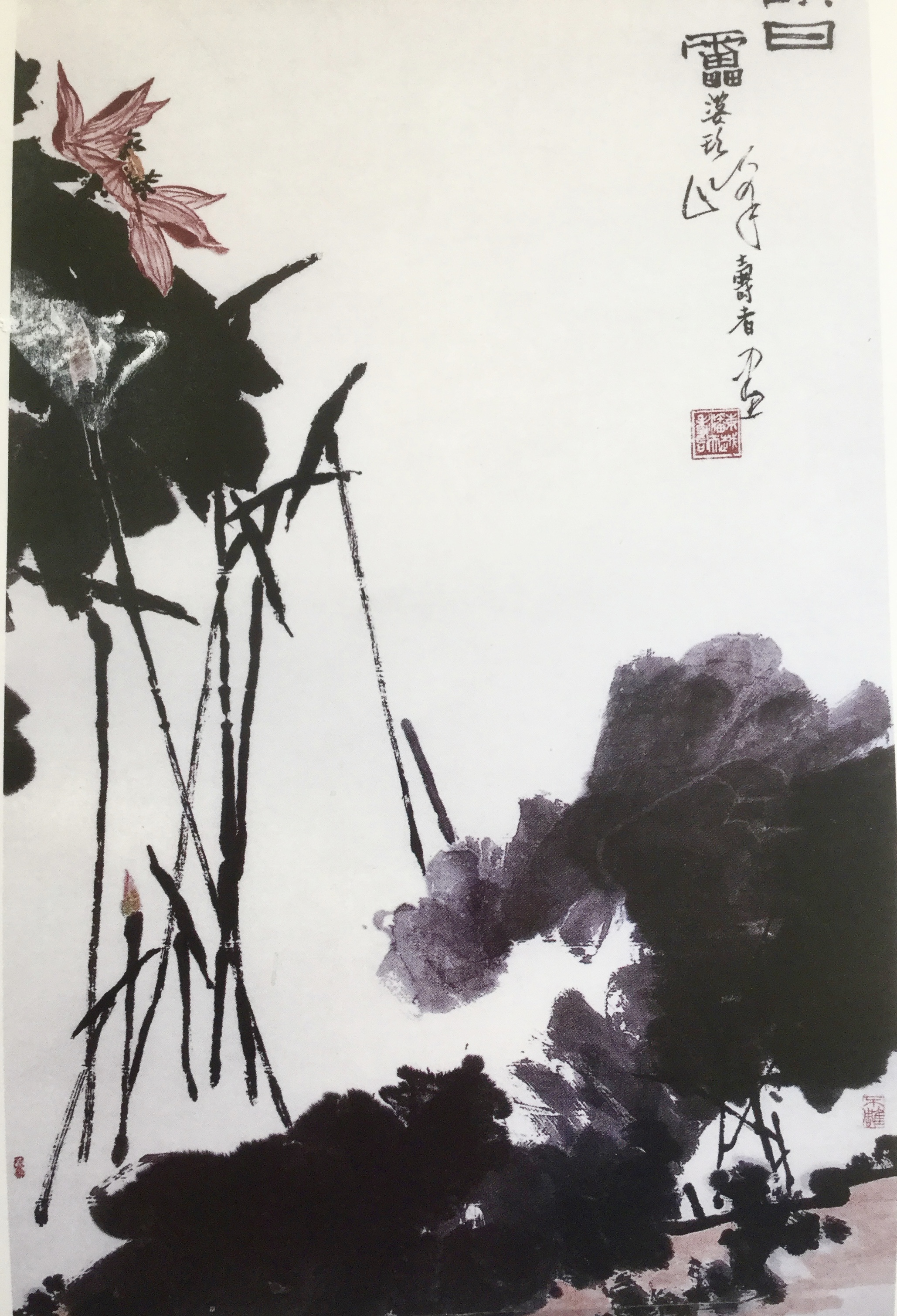 But for me the artist that embodies best the contemporary xieyi style is definitely Pan Tianshou (1897-1971). Modern literate he spend his life trying to preserve the essence of Chinese traditional painting threaten by tremendous pressure of  Western influences.  Concerned with the conflicts and interchanges between foreign and traditional elements in Chinese painting, he set up the Bai She (“White Society”) a traditional Chinese painting society which aimed to develop Chinese painting in the reforming spirit of the Eight Eccentrics of Yangzhou of the Qing Dynasty. For him, Chinese and Western art were derived from two totally different perspectives and therefore should remain distinct; any compromise between the two would weaken each tradition’s unique nature. After 1949, art academies of the new China adopted the style of Socialist Realism, and Pan’s insistence on the traditional inheritance became unpopular. He was subject till his death in 1971 to the persecutions of the Cultural Revolution.
<<Pan Tianshou (1897-1971) 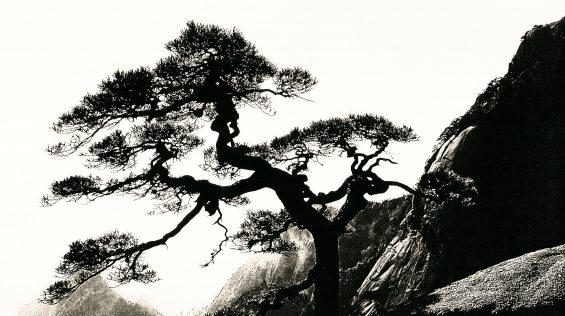 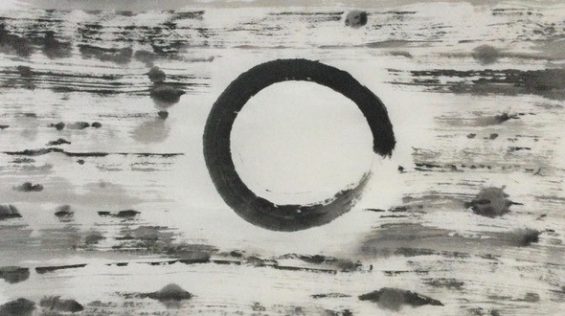 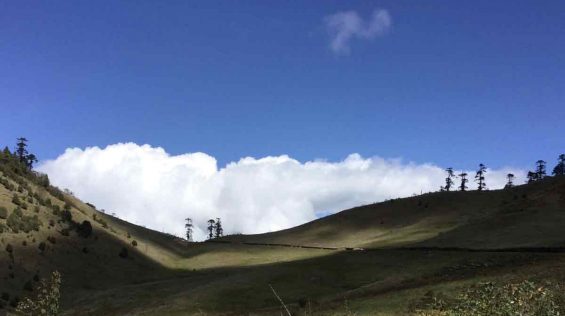